Zamperini Field, like many of the other Southern California airports, was built and used by the United States Army Airforce during World War Two. It was completed on March 31st, 1943 and was formally known as Lomita Flight Strip until it was closed at the end of World War Two. The airstrip was turned over to the local government and the name was changed to  Torrance Municipal Airport and then to Zaperini Field in honor of Louis Zamperini, a well-known athlete, war hero, and subject of the movie “Unbroken.”

The flight from Hemet Ryan to Zamperini Field takes you through the various complex and busy airspace of southern California. A quick glance at the Los Angeles Sectional chart below demonstrates what I mean.

There are a couple resources and systems in place that actually make this flight relatively easy. First, the airspaces on this route are set up in a manor that provide an east/west corridor that could be flown without any clearance. Using a Terminal Aeronautical Chart (below) highlights these corridors much more clearly than the Sectional charts do. While this flight could be conducted without entering controlled airspace (except the destination), it is much easier and safer to fly this route using VFR Flight Following. Contacting SOCAL Approach provides traffic advisories and clearance through all airspaces in route. 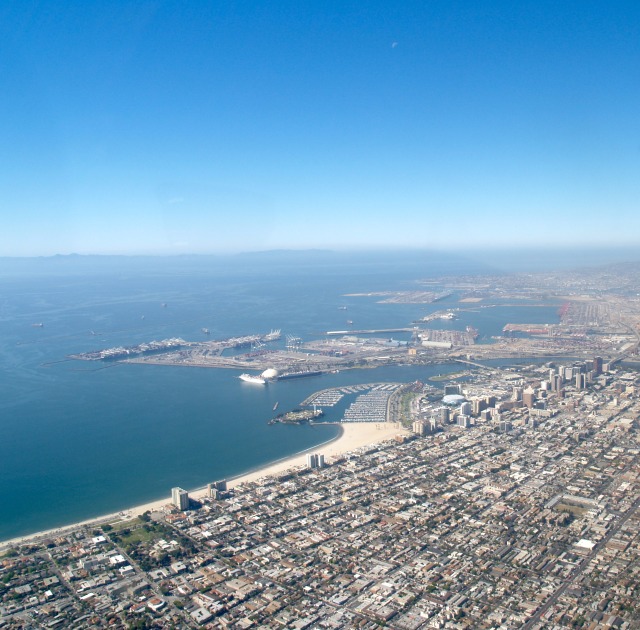