Imperial County airport is located south of the Salton Sea, five miles east of the El Centro Naval Air Facility, and within an array of Military Operation Areas (MOA) and Restricted Airspace . The airport has two runways that are almost perpendicular but do not intersect. On this particular flight, we had not planned on but we landed on both runway 26 and 14. On our initial approach, the winds were light but out of the west so we elected to land runway 26. Upon landing, we taxied back, and prepared to takeoff for our return trip. On departure all appeared to be normal, other than the Blue Angels practicing five miles away at El Centro Naval Air Facility. As we climbed through 1,000ft AGL, heading north towards the Salton Sea, the airplane started to shake and vibrate accompanied with a loss of RPM. After a quick thought of “This isn’t happening”, I reduced the power, pitched the nose down, and turned direct to the airport and headed for runway 14. By reducing the power to near idle, the shaking and vibration was minimized. As we headed for the airport, we determined suitable off-field locations to put the airplane down should the engine quit. As it turned out, the engine did not quit, and we made an uneventful straight landing on runway 14. We ended up waiting around for about three hours, walking the airport, meeting like minded aviators, and watching the Blue Angeles practice five miles to the west before a Cirrus SR22 arrived to take us home. The cause of all this excitement was a couple fouled spark-plugs that needed to be replaced. 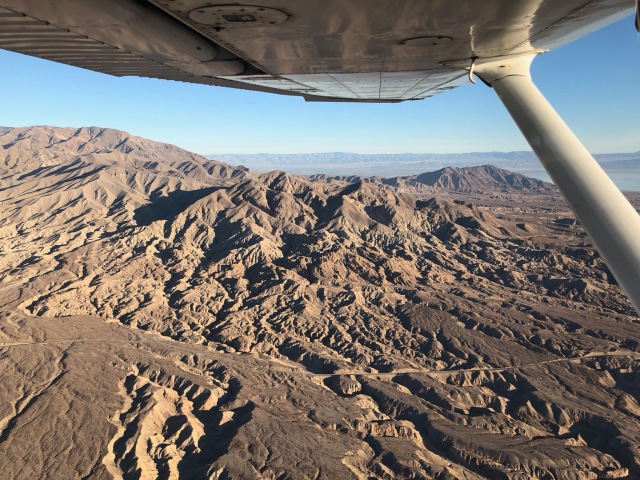